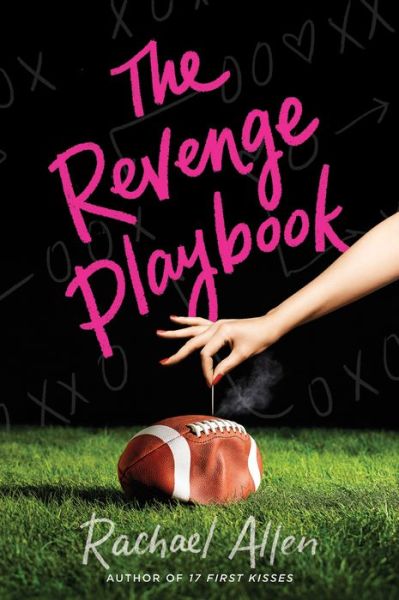 Even though this won’t be hanging in the Met any day ever, this is still a great book cover:

Thank you for avoiding:

Honestly, my only note: The author’s name could be a little more visible. Still, solid A. I’m 99% sure I know what the book is about without reading the description:

And the actual description…

Don’t get mad, get even!

In this poignant and hilarious novel, Rachael Allen brilliantly explores the nuances of high school hierarchies, the traumas sustained on the path to finding true love, and the joy of discovering a friend where you least expect. In the small town of Ranburne, high school football rules and the players are treated like kings. How they treat the girls they go to school with? That’s a completely different story. Liv, Peyton, Melanie Jane, and Ana each have their own reason for wanting to tech the team a lesson—but it’s only when circumstances bring them together that they come up with the plan to steal the one thing the boys hold sacred. All they have to do is beat them at their own game.

Okay, so the publisher smartly did not give too much away in the synopsis, but I think I did pretty well. The “one thing the boys hold sacred” part does intrigue me quite a bit…

One last thought: This is a good cover because it can appeal to not just teens, but also adults. It could easily be a “chick lit” title for women.