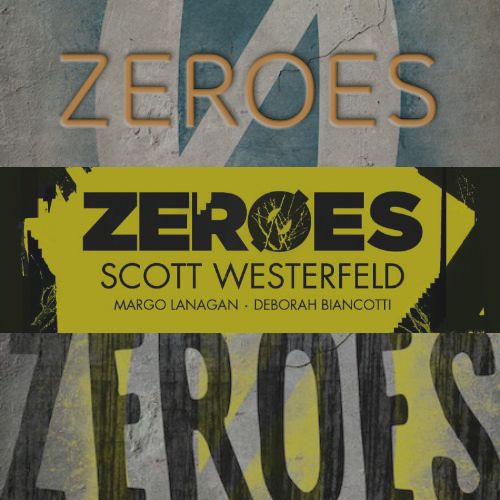 Warning: count(): Parameter must be an array or an object that implements Countable in /homepages/39/d148835080/htdocs/clickandbuilds/thiscoversit/wp-content/plugins/yop-poll/models/poll_model.php on line 623

Don’t call them heroes. But these six Californian teens have powers that set them apart. Take Ethan, a.k.a. Scam. He’s got a voice inside him that’ll say whatever you want to hear, whether it’s true or not. Which is handy, except when it isn’t—like when the voice starts gabbing in the middle of a bank robbery. The only people who can help are the other Zeroes, who aren’t exactly best friends these days.

Enter Nate, a.k.a. Bellwether, the group’s “glorious leader.” After Scam’s SOS, he pulls the scattered Zeroes back together. But when the recue blows up in their faces, the Zeroes find themselves propelled into whirlwind encounters with ever more dangerous criminals. At the heart of the chaos they find Kelsie, who can take a crowd in the palm of her hand and tame it or let it loose as she pleases.

Filled with high-stakes action and drama, Zeroes unites three powerhouse authors for the opening installment of a thrilling new series.

Personally, I originally thought the US edition was excellent and they didn’t need to make any other versions — there isn’t anything in particular that is hyper-United-States-esque in the cover. But, now that I see the two other covers, *thumbs up!* It looks as if the UK and Australia editions are fan-remixed versions, but in the best way.

The US edition is inspired by a three-part-wall-crack photograph that Westerfeldt took himself. This is exceptional considering that most authors do not have much say in cover design, which Westerfeldt mentions in his cover coverage. It’s good to be Scott Westerfeldt.

My designer, the lovely Regina Flath, had sent us all an early version of the spray paint design. It was definitely moving in the right direction, but we wanted it to have a little bit more texture.

But what kind of texture? Concrete? Dirt? Something gritty, we knew.

So I went out for a walk to think about it, and on the way down my stairwell in Sydney, I saw a magnificent three-part crack in the concrete floor. And the two images melded in my mind, as if by magic!

So I sent Regina a photo of the crack, and the rest is history. Bonus: There actually is a crack in a wall in Zeroes, playing a small but key role in the narrative.

It’s soooo like an author to tease out to a key plot point so casually in a cover announcement.