Warning: include_once(): Failed opening '/homepages/39/d148835080/htdocs/clickandbuilds/thiscoversit/wp-content/plugins/wpyii2/wpyii2.php' for inclusion (include_path='.:/usr/lib/php7.4') in /homepages/39/d148835080/htdocs/clickandbuilds/thiscoversit/wp-settings.php on line 304
 Cover Clones: Mark of the Dragonfly & Inventor’s Secret – this covers it
Skip to content 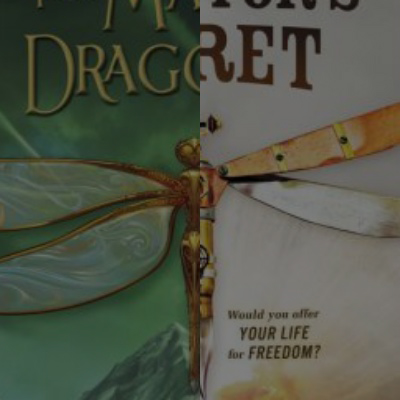 These are the two book covers that initially inspired this blog, more than a year ago. They’re both steampunk action-adventure-fantasy books, so it’s not surprising that the covers have similarities. 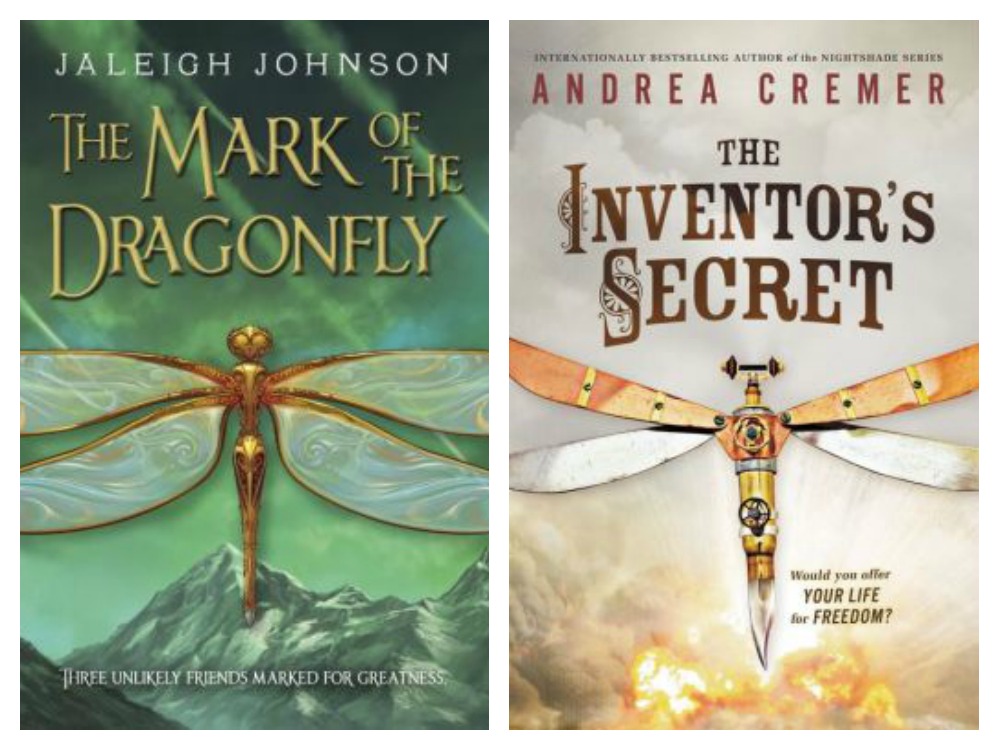 I like aspects of both covers — the dragonfly design on Johnson’s book and the lighter color scheme on Cremer’s book. It’s so interesting that the books were released so close together, and from RHCB and PYR, which operate separately but since July 2013 are part of the same larger company.

The Mark of the Dragonfly > Description

Piper didn’t expect to find a girl amid the wreckage of a caravan in the Meteor Fields. The girl doesn’t remember a thing, but the intricate tattoo on her arm — the Mark of the Dragonfly — is proof that she’s from the Dragonfly Territories and that she’s protected by the king. Which means a reward for Piper if she can get the girl home.

The one sure way to the Territories is the 401, a great old beauty of a train. But a ticket costs more coin than Piper could make in a year. And stowing away is a difficult prospect — everyone knows that getting past the peculiar green-eyed boy who stands guard is nearly impossible. Life for Piper just turned dangerous. A little bit magical. And very exciting, if she can manage to survive the journey.

Aside: I’ve read The Mark of the Dragonfly, and it’s good — a really solid middle grade read that I raved about after I first finished it, but (unfortunately?) haven’t bothered to re-read again. The cover does not do it justice — it only hints at the fantasy element, which might not draw the younger audience to the book enough.

In this world, sixteen-year-old Charlotte and her fellow refugees have scraped out an existence on the edge of Britain’s industrial empire. Though they live by the skin of their teeth, they have their health (at least when they can find enough food and avoid the Imperial Labor Gatherers) and each other. When a new exile with no memory of his escape  or even his own name seeks shelter in their camp he brings new dangers with him and secrets about the terrible future that awaits all those who have struggled has to live free of the bonds of the empire’s Machineworks.

Penguin Young Readers made the smart decision to update the cover for the paperback release of The Inventor’s Secret. The new cover should appeal more to the teen audience and appropriate conveys: a female protagonist, the industrial era, Britain, and steampunk. What’s unclear is… is she a robot? Or just super into wearing gears?

The Inventor’s Secret is still on my to-read pile, so I won’t be able to answer those questions, sorry.

Q for BF: How old do you think the person on this cover is?

The industrial era in Great Britain started in 1760, so… close enough?

One Reply to “Cover Clones: Mark of the Dragonfly & Inventor’s Secret”